By Cops, For Cops

“It is an act of loyalty to educate others to become better retainers. Therefore, those with the will to learn should be given instructions. Nothing is more joyous than passing on knowledge to be vicariously useful in service through others.”

Cannot recommend this enough, High Risk Control Options. Well worth the time and money. As professional officers, we should always be seeking training to better ourselves. If we just relied on what the department provided then we are setting ourselves up for failure. This class was worth every bump and bruise.

I am a 17 year veteran of law enforcement and work in the 13th largest city in the a United States. I recently went through the four day High Risk Control Options course given by Cliff and Bill. I have to say this is the most dynamic and real-life training I have had the pleasure of attending. After 17 years as a police officer and 12 years as an instructor, I used to think there wasn’t much I hadn’t seen when it comes to training and police tactics for the street officer. Boy was I wrong. Not only did I see and get to dynamically apply techniques I had never seen before, I was shown and had the opportunity to correct things I have been doing/teaching wrong for years. For that opportunity all I can say…thank you, my family thanks you, and my department thanks you.

Pressure tested techniques proved in everyday scenarios encountered by cops. This coin holds a lot of memories for everyone that has attended any course by Hill Country Combatives! My son attended this course with me.

Finished with an amazing week of some of the best training I have ever been exposed to. All techniques, drills, scenarios, stress application, and instruction was top notch!! The magic power of Unicorn hydration allowed Ol Sugar Legs Talbott to see the week through to the end. Thanks a ton to Cliff and Bill for the instruction, thanks to Mark Rand and the Academy for hosting… it was a great experience, and I would highly recommend the class to everyone.

I learned more from this class than anything to date in my 20 years as a cop. Check out one of Cliff Byerly’s classes and after going through it see if you disagree with his teachings. The HRCO course put on by Hill Country Combatives is unmatched. From start to finish it will make you a better officer. Not every fight is a gun fight, be your own back up!

I’ve been a police officer in Indianapolis for over 18 years. I was on on our special weapons and tactics team from 2004-2014. I am currently assigned to our training academy as a state certified instructor in several disciplines including firearms and combatives.

The High Risk Control Options class by Hill Country Combatives is by far the best hands on officer survival training I have ever received, bar none. I highly suggest you find a way to train with Cliff and Bill if you take your safety, and the safety of others, seriously.

This is by far the best training I’ve ever attended! Better yourself! “You can’t train enough for a job that can kill you”

One of our young troopers was involved in an OIS yesterday. It was a close quarters encounter with BG trying to ambush him. The officer survived and BG did not. He thanked me for training him to be prepared for it. The arrest and control course we did in Evansvillegave us the training to pass on! Thank you for passing the knowledge and experience down the line. I know it saved one young policeman’s live yesterday.

I just completed High Risk Control Options. Coach Cliff Byerly and Coach Bill Krieg did an awesome job. Real world tactics and techniques were presented and we were able to drill and sharpen our skills. Both coaches were more than hapoy to help students during the drills. We were pushed physically and mentally. In 21 yrs of LE, I have never been to training that was more practical. 18 officers left class on Thursday with a much clearer and calmer outlook on violence. Anyone that is looking for true quality training taught by professional warriors, contact Hill Country.

I’ve been mulling over how to write this and be PC about it but screw it. If you’re a female, I don’t care how bad ass you are, you’re quite often at a size/strength disadvantage on the street. Even if you’re not, it’s my personal experience that male subjects tend to try to take me on quicker than they would a male officer. It is what it is. I originally signed up for this training because after surgery I have lost upper body strength and it’s taking me longer than expected to regain it. Besides, sheer strength alone is not always going to be good enough in this job.

I was not expecting to have so much hands on and force on force training in this class. I’ve taken several hand to hand combat classes over the last 14 years, and this by far has the most realistic yet easiest to learn tactics. Cliff and Bill break it down in easy to learn steps, you repeatedly go full force with a partner for practice, then you get to do it again in realistic scenarios. There’s not much holding back. Your bruises will have bruises. I particularly liked the fact that they don’t spoon feed you everything and make you think it through. I’d rather figure out how to get out of something on the ground with a 230lb man laying across my chest and it be another officer for practice than trying to figure it out when it’s a bad guy.

No matter how PC your brass gets sending you to hug it out with the bad guy trainings, in the end, you’re responsible for making sure that you get home to your family and this training (and subsequent practice) will get you there. Thanks guys!

Hill Country Combatives is not a “watch, perform 1 or 2 reps, and stand on the wall…”course. It’s realistic, force on force, and a grind. You will find out quickly if what you have been training in the past will work. Cliff Byerly and Bill Krieg have crafted drills and scenarios to make you work smarter, be mentally tougher, and instill confidence.

I am a Marine and police officer with over 18 years of experience. During my tenure I have served as a Patrol Lieutenant, Training Coordinator, Police Chief, DEA Task Force Agent, SWAT Commander and a graduate of the FBI National Academy. I have trained over 3,000 students that have been both police officers and private citizens. I would highly recommend Hill Country Combatives. Cliff Byerly and Bill Krieg bring life saving skills in a form that bridges the gap between firearms training AND ground fighting techniques unlike any other. Any agency that considers their officers family, strives to see them succeed and understand the importance of getting them back home to their families need to reach out to these guys. Spot on gents. Semper Fi.

Hey Cliff Byerly, On 08/16/2017 around 4AMone of my guys got a call where he had to fight a drunk 20 yr old who had gone into the wrong house and passed out on the floor. the suspect woke up and tried to force his way further into the residence. Here is an excerpt from his UOF review narrative… ” He attempted to get up and I tackled him to the ground. Once TEMPLETON was on the ground and face down, I applied a HEAD AND NECK STABILIZATION technique. I then instructed him to put his arms behind his back, and TEMPLETON would not comply. I was able to get his arms out from underneath his body, but he kept flexing his arms would not relax enough for me to apply handcuffs. I advised TEMPLETON several times that he was going to get TASED if he didn’t relax. I then applied a drive stun with my TASER on his back for less than a full cycle. TEMPLETON then shouted okay and relaxed his arms. I then talked to TEMPLETON and was able to get him to calm down and become compliant.”

The officer was able to secure the suspect by himself without injury to himself, the suspect, the homeowner, or any property. The officer is of average size, 5’9″ 175ibs, and credits his success in this incident to his training. The suspect after being released on bond came to our offices and APOLOGIZED to the officer and THANKED him for his restraint and professionalism during the arrest. I SHIT YOU NOT!!!

As an administrator it makes my job SO much easier when an officer can articulate why they acted as well as how they acted. Then call for medical assistance to ensure the health and safety of the suspect but to have the suspect, by advisement of his attorney, apologize to the officer and thank him makes our case a slam dunk and defense in any lawsuit airtight. So to wrap this up, Thanks Cliff Byerly, for continuing to provide PROVEN & EFFECTIVE training that gave this kid the tools to win and more importantly the training that allowed him to stay calm and focused throughout the incident. Your training may have saved this suspect from injury by bad tactics or adrenaline dumps, Saved the officer from injury and law suits, and Saved my department from lawsuits and bad publicity. Thanks for your time, god bless, and god speed. 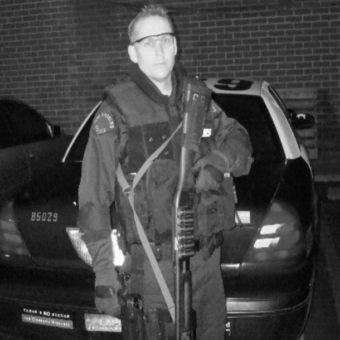 As a Marine for over 20 years (12 active duty), the majority of his military career has been serving as a reconnaissance team leader. Cliff has done several deployments including both Desert Shield and Desert Storm in 1990 & 1991. In 1992, Cliff again deployed, this time to Somalia. Cliff finished his active duty in San Diego as a drill instructor.

In 1996, Cliff left active duty to spend more time with his family and joined the LAPD. During his time as a police officer, Cliff has worked patrol, gangs and narcotics. In 2003, Cliff took a break from police work to deploy to Iraq for OIF 1. In Iraq, Cliff was a team leader with 4th Force Reconnaissance. 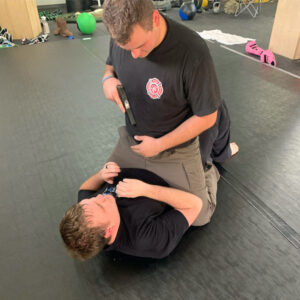 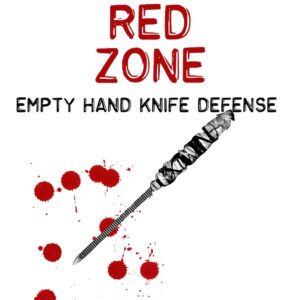 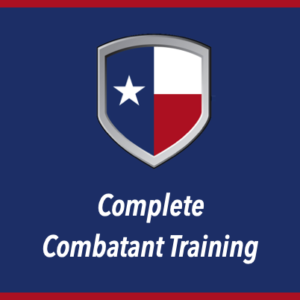 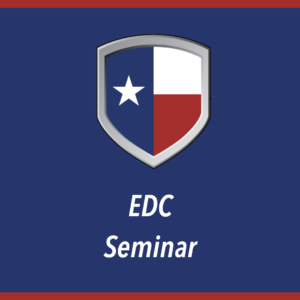 Stay up to date on the latest news, upcoming courses and much more.